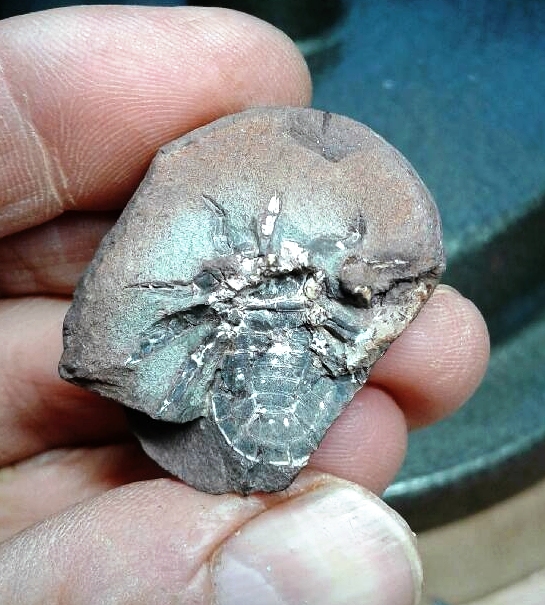 RAM Fossil Preparation is a service offered by expert preparator Robert A. Masek to professional paleontologists and private fossil collectors. After more than 28 years of fossil preparation at The Field Museum of Natural History and the University of Chicago, growing demand for his freelance services led Robert to form RAM Fossil Preparation in 2015. Robert has worked on groups including dinosaurs, crocodiles, pterosaurs, birds, mammals, fish and plants. He is well known for his microscopic preparation of small, delicate fossils. One of Robert’s specialties is preparing plant and animal fossils found in the concretions of the famous Mazon Creek localities of Northern Illinois, USA.He also has long experience in preparing the beautifully preserved fossils from the Green River Formation in Wyoming. Robert’s interest in paleontology dates to his childhood. His passion for fossil preparation began as a volunteer preparator at The Field Museum in 1988. This led to a full-time position, in which Robert worked on fossils for the Field’s renowned vertebrate paleontologists (as well as two years working on the skull of the famous T. rex “Sue”). After 10 years at FMNH, Robert moved to the University of Chicago as Manager of the Fossil Lab spearheaded by eminent dinosaur expert Dr. Paul Sereno, working on many of Dr. Sereno’s sensational finds, as well as fossils for other U of C scientists. During his 15 years at the university he worked in the fossil lab with colleagues trained in the Fine Arts and he taught university students the art of fossil preparation. Robert’s expertise in fossil preparation has been sought by private collectors and scientist at national museums and other universities. Most the specimens Robert prepared at the Field, U of C, and other institutions have been used in cutting-edge research publications, and many are on public display. During his career Robert has been a member of many field crews, excavating fossils in Wyoming, Montana, and China. Robert is a member of the Society of Vertebrate Paleontology, and has presented his work at the preparators’ sessions at annual SVP meetings.

Visit All Our Fossils

Work History
Researchers and institutes Robert has worked for 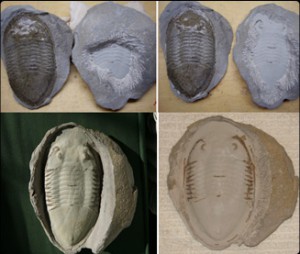 Neil Shubin, Professor of Organismal Biology and Anatomy: The skull of Tiktaalik roseae, an extinct sarcopterygian from the late Devonian sediments of Ellesmere Island, Northern Canada. Tiktaalik is the subject of Dr. Shubin’s best-selling book Your Inner Fish.

Pricing
RAM charges by the hour for fossil prep. 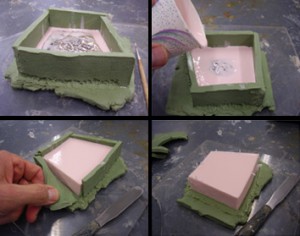 
We require half the estimated payment up front for the base fee. Final payment before shipment of fossil.

Payment in advance for the block fees.
All fossils are FOB the RAM lab. You are responsible for shipping fees. We will follow your instructions. 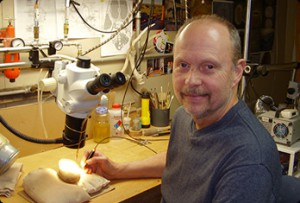